It's 3am on the Quito airport. We passed the check-in and are already super tired after a long day - full well knowing we have three more flights ahead of us in the next 30 hours to get to Honolulu, Hawaii. But it was all worth it living through a countrywide emergency state with locked down roads, flying above 4200m over the ecuadorian Andes, landing in between skyscrapers and breathing nitrox 30m below the sea while gliding on the side of whale sharks. All this in the best company imaginable. But as usually, first things first!

Upon arrival in Ibarra, Ecuador, we found out that there are roadblocks all around Quito because the Indigenous people demanded liveable wages and lower gas prices. So we were locked in in Ibarra. It's a town with a beautiful colonial center with parks and cafe's all around. We found amazing ice cream in Helados de Paila Rosalia Suarez “MOMALIA”.

The town has a beautiful lagoon to the north east and the peak Imbabura to the south west.

We met Miguel Angel, one of the very first pilots there (30+ years flying there) and his girlfriend Fernanda and a guest pilot from Quito, Robinson. They showed us the take offs Aguacera, Imbabura and an afternoon soaring spot with a breathtaking view over the Taguando valley. 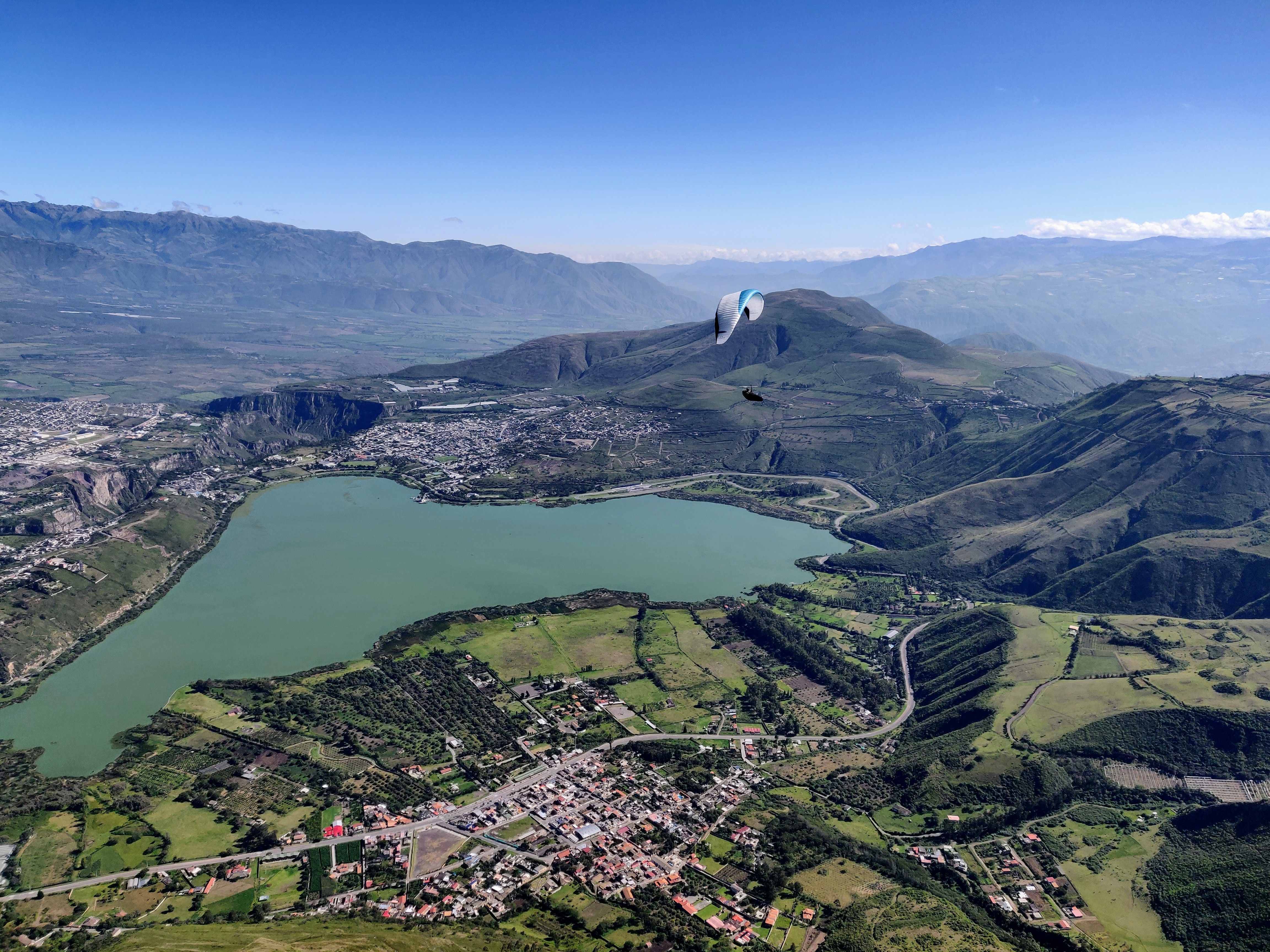 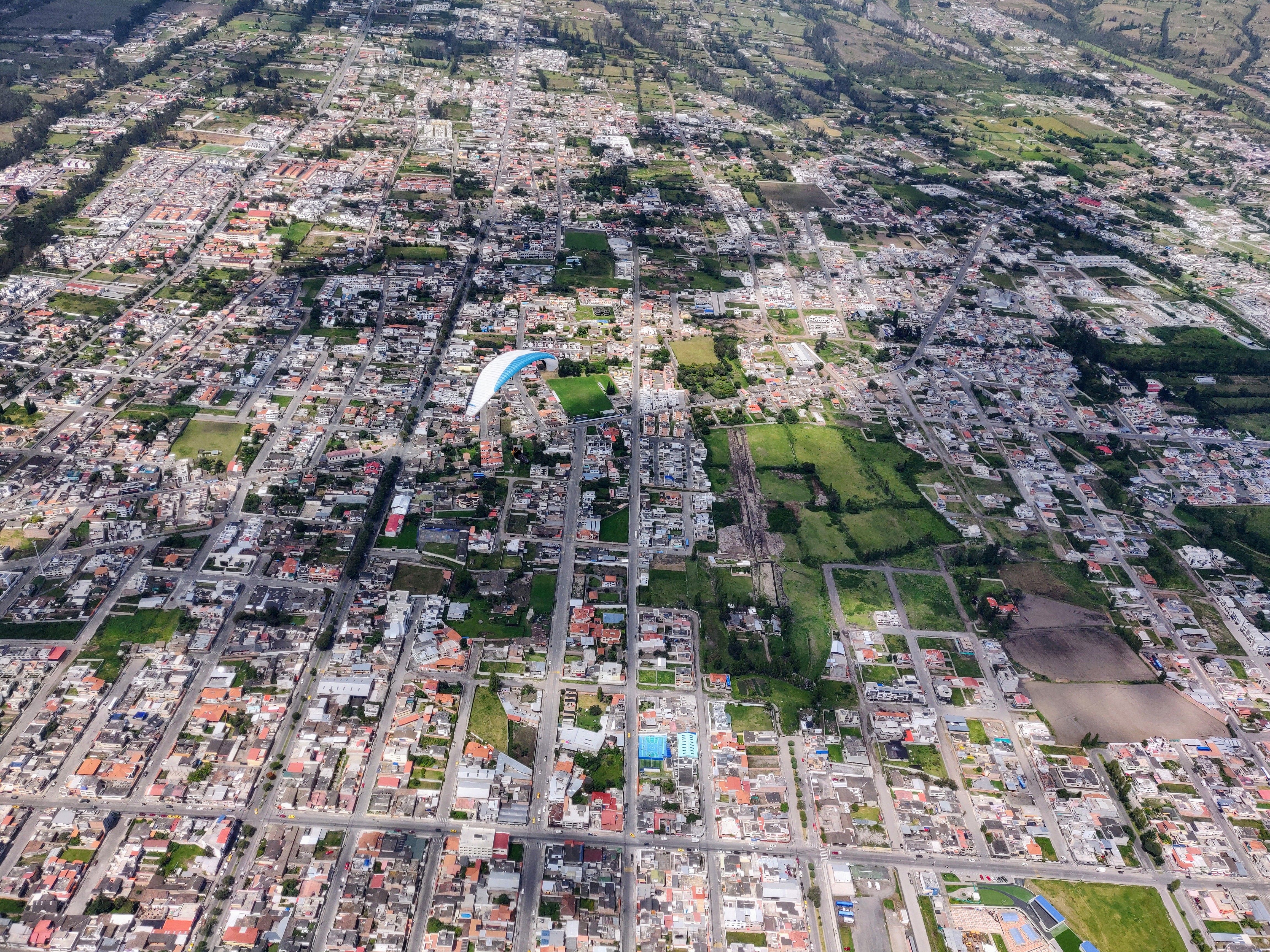 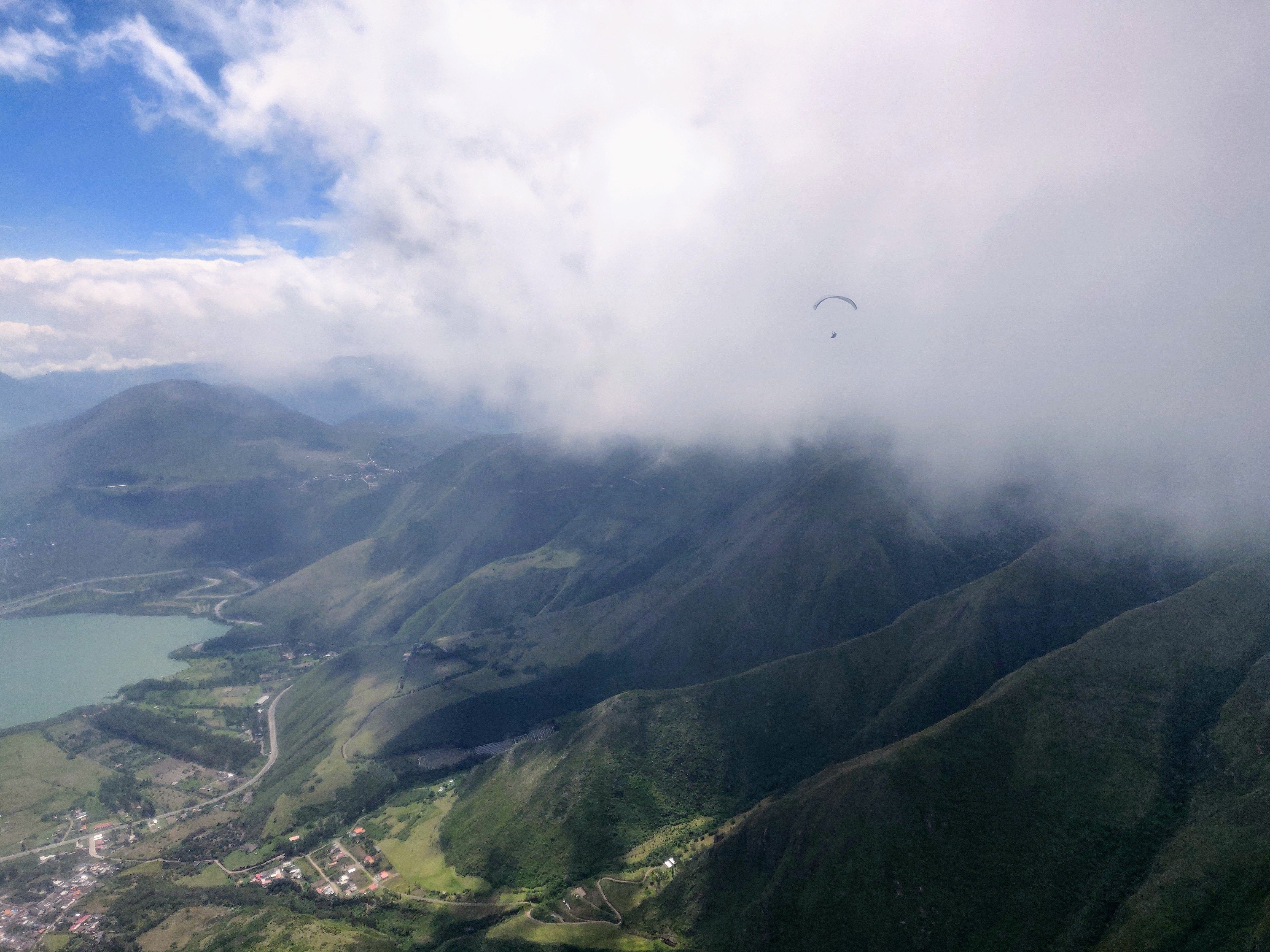 On the soaring spot I had my first strong wind mini crash landing in about 10 years resulted in a hole in my pants which Silke lovingly patched together. To continue to Quito we pondered dozens of scenarios like hike & flying over the roadblocks, biking, walking, taking a coastal detour... It was Thursday, after a night full of karaoke and dancing and a day of delicious asado (bbq) at Miguels home, when the president and Indigenos declared an amicable contract signing. 12 hours later, all road blocks were but a distant memory. So the next morning we drove to Quito with Robinson.

Quito is the highest capital in the world. We owe our first flight to Eddy and his son: From Teleferico (4100m AMSL) over the densly populated city, landing in La Carolina, a central park. It's the craziest and most unique feeling to rise in thermals above skyscrapers. 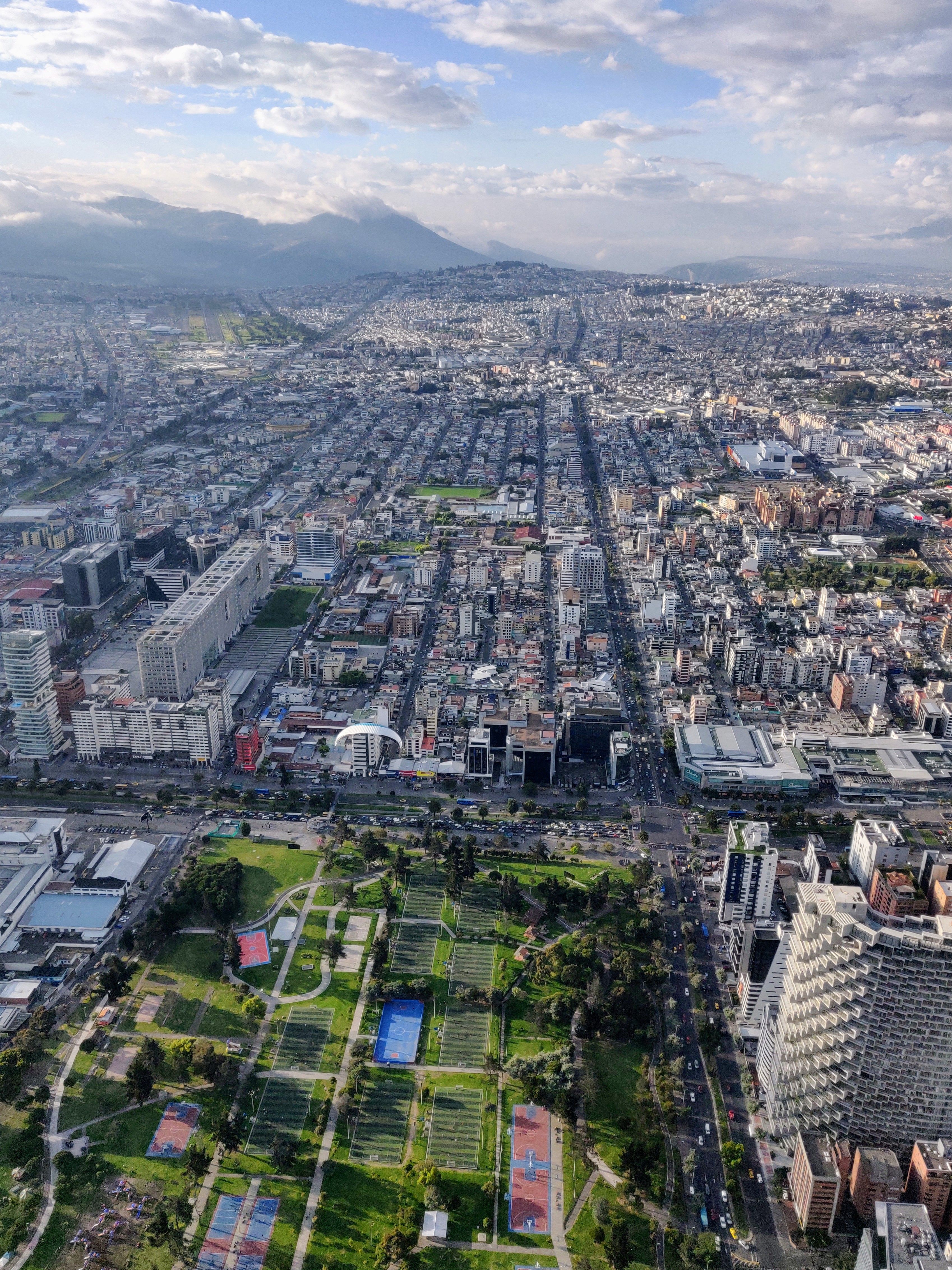 We also flew from Lumbisi, a lower nearby takeoff with a view over the flat valley towards the huge airport. We'll never forget the amazing Ceviche and the drive back with Eddys oldschool family VW bus.

But by far the most emotional flight was our last ride from Teleferico at sunset which just cannot be described in words. 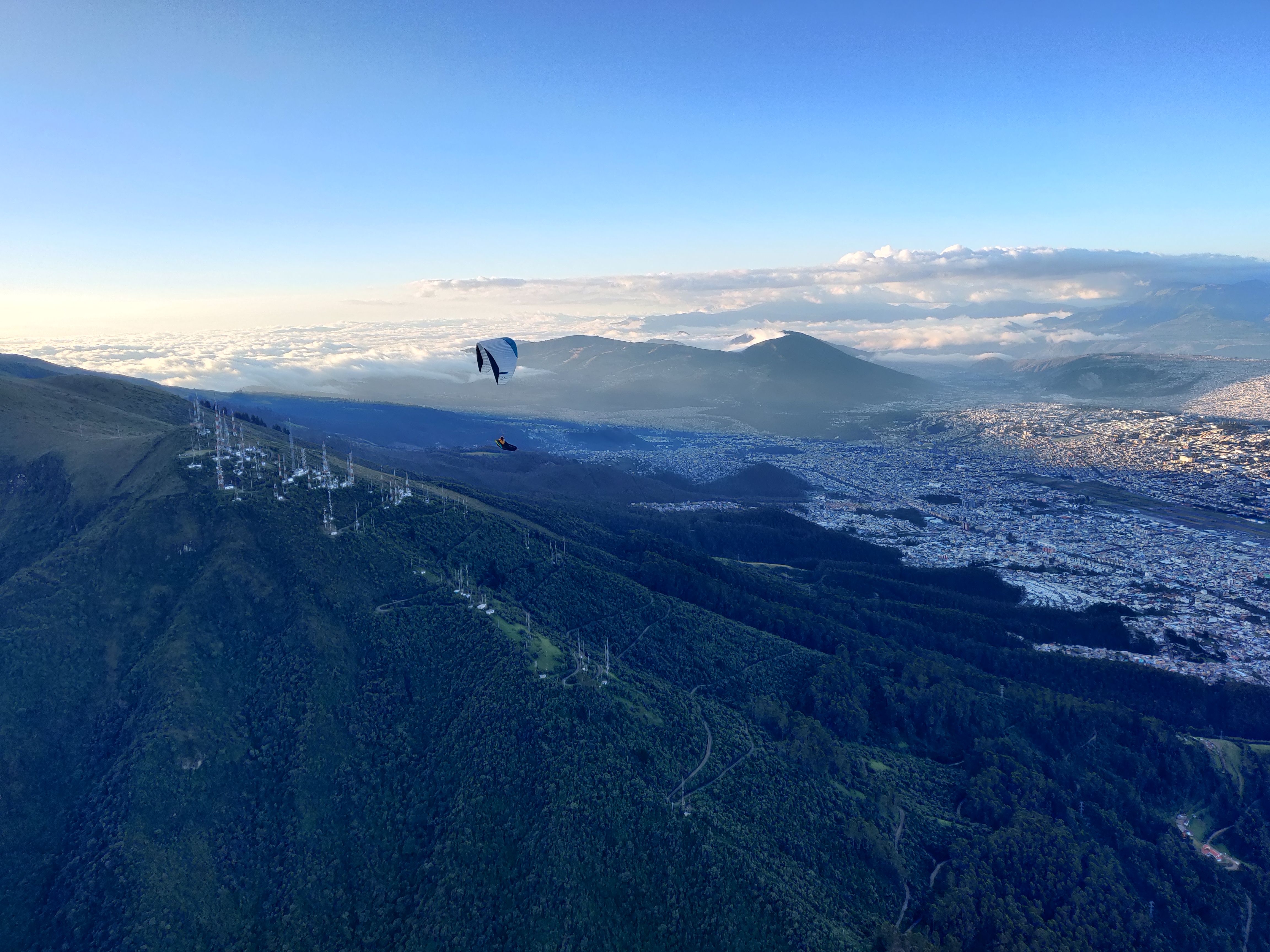 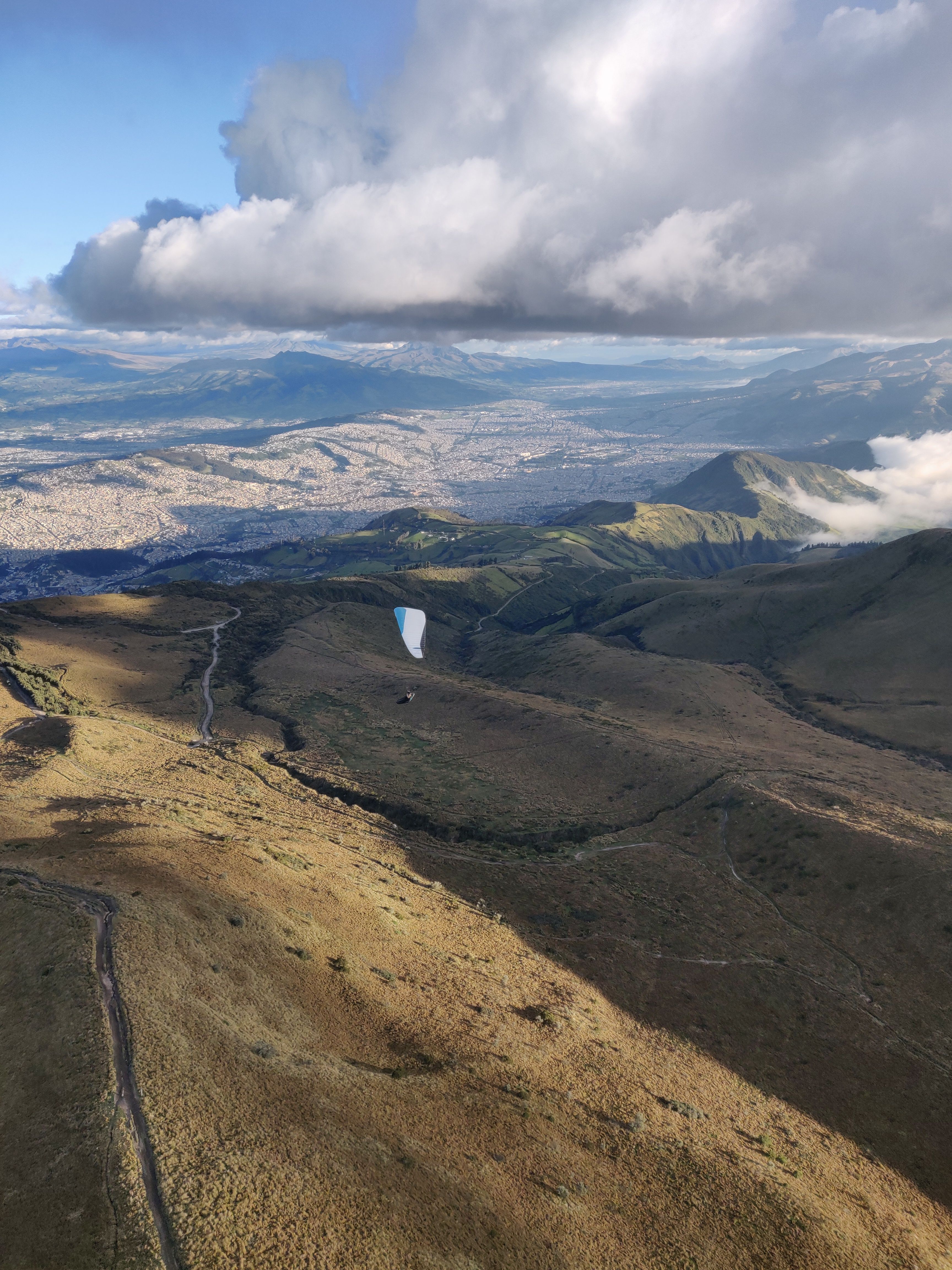 We stayed in the north of the city at the hostel Obsession to avoid traffic jams in the city center but Cumbaya is also a nice base, albeit being a bit more touristy. We agreed with the hostel to leave our gliders there for a week and with only a mini backpack, we went to the Quito airport to fly to the Galapagos for a diving liveaboard adventure.

We arrived in Baltra on 4. July where we were picked up and introduced to our amazing diving companions Alyssa, Aly, Andrea, Chris, Denise, Franky, Hannah, Catie, Maggie, Rob, Silvie, our perfectly cooking, captaining, diveguiding and cleaning team on the all inclusive Humboldt Explorer.

This was a bit of a short term decision and booking (13. June!) and the preparatory admin was quite challenging. Also, our diving gear was still on some freight ship underway to Bali, Indonesia, so we had to rent all the diving gear but boy oh boy was it worth it. I'll illustrate our main dive sites so everyone will directly understand it: 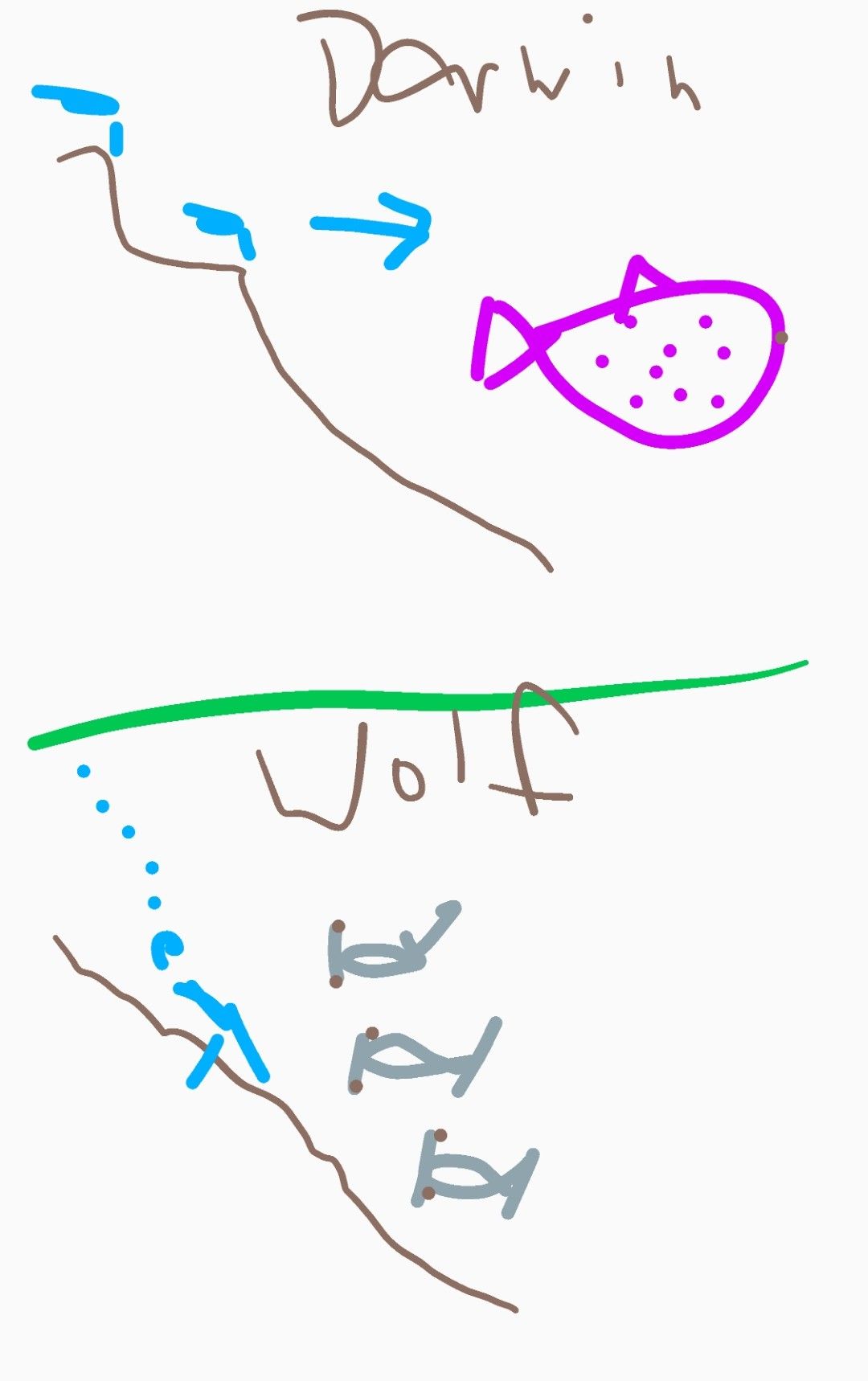 After a check dive in Baltra we went to Wolf, a sharks paradise where one could literally sit like in a stadium and just watch the thousands of hammerhead and all types of tipped sharks swim by.

Darwin was different: The dive group would wait/hold at the cliff and rush out into the blue when Kevin or Alex, our DM's, would ring their bells when they saw a whaleshark. It's a crazy feeling to start sprinting without seing the whaleshark first and then being meters away from these glorious animals. In 6 dives, we saw 6 whale sharks.

The end of the trip involved some fun cave diving  so apart from macro, we experienced everything we could have wished for.

Two land trips gave us an additional insight into the fine line between do's and don'ts about turtle touching and camera flirting with blue foooted boobies, sea lions, iguanas and birdies.

That's all just scratching the surface. We had many game nights of Piggy, G'Day Bruce, extensive Jacucci usage, glorious sunsets, dolphins and sharkfins popping out the water surface, murderous bathroom doors targetting my toenails and many more experiences best shared with a beer.

Our next stop is Hawaii where we'll hopefully fly along the green tropic forest hills of O'ahu and then sadly part with our paragliding gear, sending it back home, and focus on diving in South East Asia till November.