In this episode you'll learn that our 9 days trip to Hawaii was not (only) Ukulele and sunset palm beaches for us. But high costs, long traffic jams, car break-ins, stormy, heavy rain days, destroyed main roads cutting us off and other excitements.

And of course we also had our share of fun with the local units inch, yards, oz, lb, gallons, feet and miles...

But we also met wonderful people and enjoyed poke, botanical gardens, saw turtles, baby seal and a Manta, ....ah yes: and we did paraglide over the real Jurrassic Park valley!

We arrived after an Odyssee of 30 hours and 4 flights from Galapagos to Hawaii via Quito, Panama and Los Angeles.

The first two nights we stayed in Waikiki. A city that has little to do with the charm of Hawaii, it is just a city.

Many tourists but also many homeless people, huge buildings. We were prepared that Hawaii was expensive but it was even worse than expected. A 15min taxi ride was USD $40. We could not find accomodation under USD $100 a night and a basic, real basic breakfast for USD $25. The quality wasn't a match for the price by a long shot, either.

To reach our hostel room, we had to walk through another hostel room with people in there, wondering what we were doing. We were completely jetlagged and destroyed so we didn't care much and didn't move more than between bed and bathroom.

But exactly then, an email reached us that our dive gear had been confiscated in Indonesian customs because - you guessed it - they want to tax our personal property because it has high resale value. It feels like robbery because if the equipment had accompanied us (instead of being shipped along) we wouldn't have to do that. But that's a problem of future Patrick, not present Patrick so we tried to mentally blend out this bummer (and hopefully read good news about that in the next episode).

After two nights of jetlag removal, we rented a Dodge Caravan via turo.com and bought some camping gear: tent, matress, stove & food. We drove along the O'ahu coast counter clockwise along nice beaches, lush green hills and holiday houses. 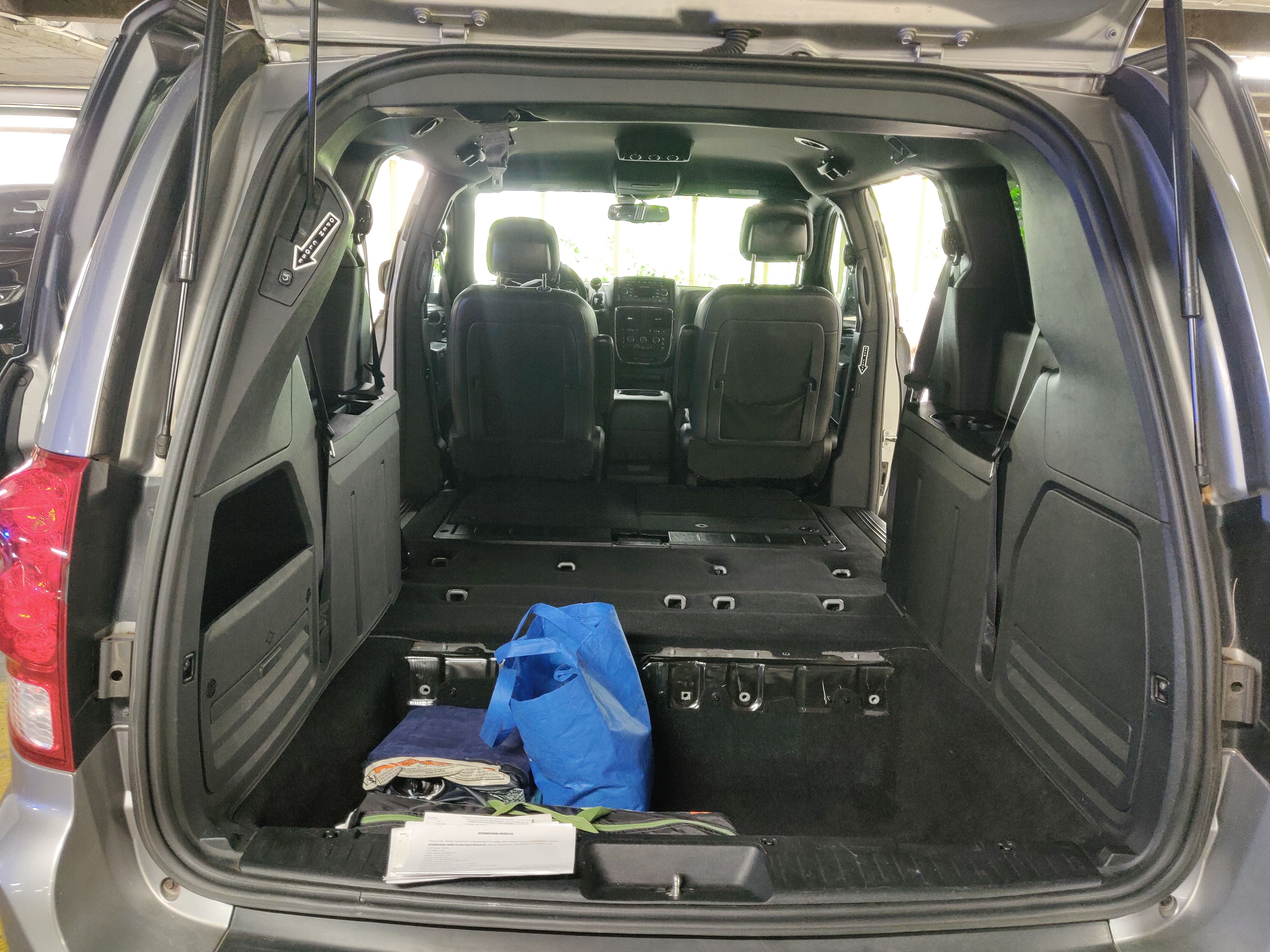 That night we spent at a wonderful beach camp spot owned by Leslie and Kimo, two amazingly interesting Hawaiians - living in a little paradise at the north shore - not only because Leslie has four nationalities or Kimo sails the Pacific and other seas without instruments. Also their dogs, Keeper, Happy and Snowflake would greet us with as much love as imaginable.

We had such a blast, that we stayed with them for all but two nights even though we reserved more nights elsewhere.

About spending nights: So you want to protect your stuff in the car at night, right? But sleeping in cars is forbidden in Hawaii even though car break-ins are common.

You see all those #campervan #vanlife romantic insta posts from Hawaii but they are all illegal. It's weird. But that's why we bought the camping gear.

On our next morning after our first overnight camping, we drove by a young couple standing near a car with broken window and talking to a police officer. That car was 150m away from ours. That could have been us. losing our paragliders, unimaginable... At Kahana Bay, we met Alex and Patrick, two local pilots. Patrick showed us the take off and we three flew together over amazing ridgelines.

Our first ridge traversal was borderline low but the dynamic wind saved us so we could fly above the crazy beautiful landscape.

Take offs (sticky roots, uneven, windy) and landings (beach is much shorter on high tide and tide changes rapidly) are very challenging here and I have huge respect for the local pilots.

As the wind/weather changes so often, the local pilots all have a big and a small wings to be ready for any window of opportunity. 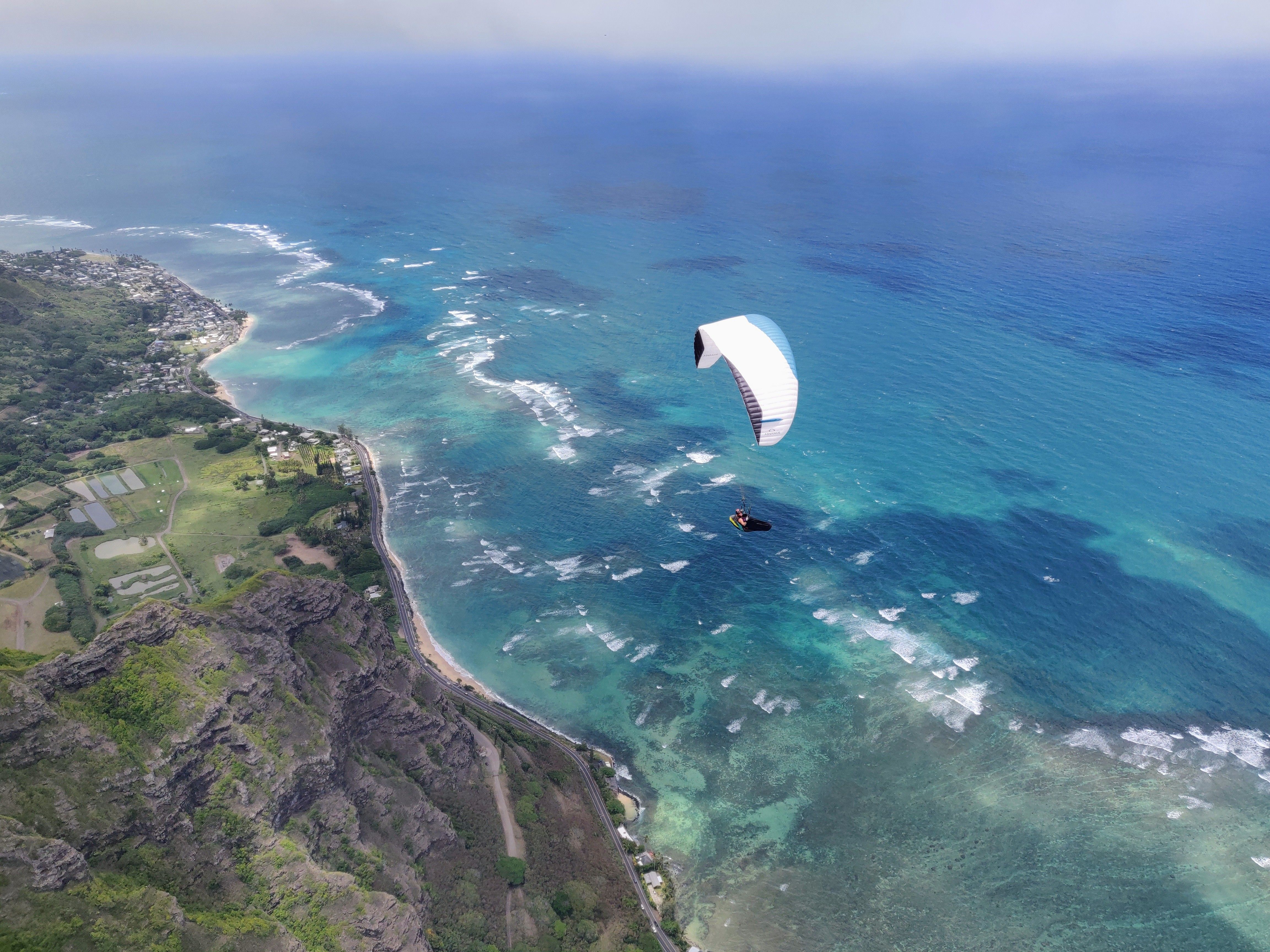 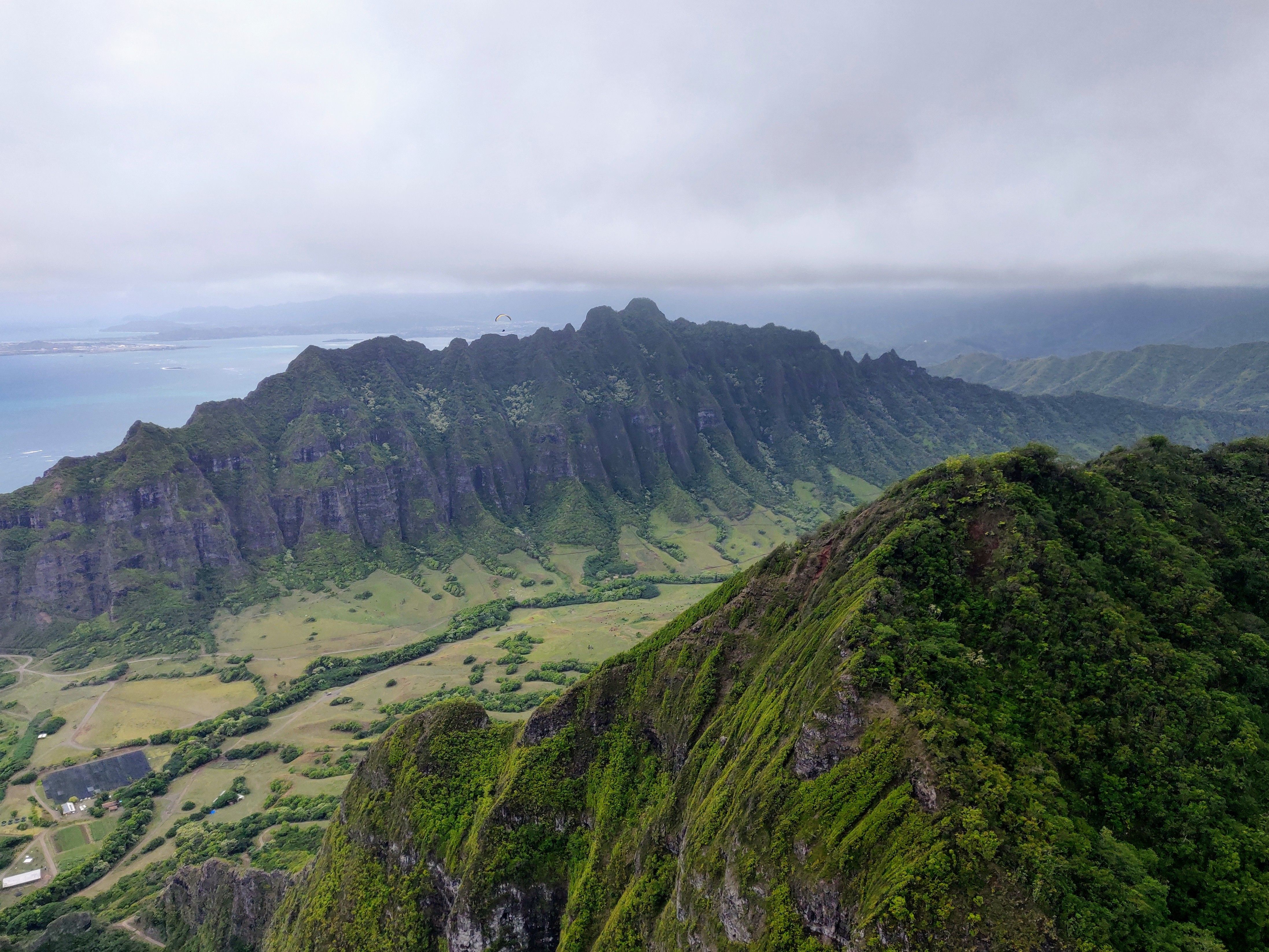 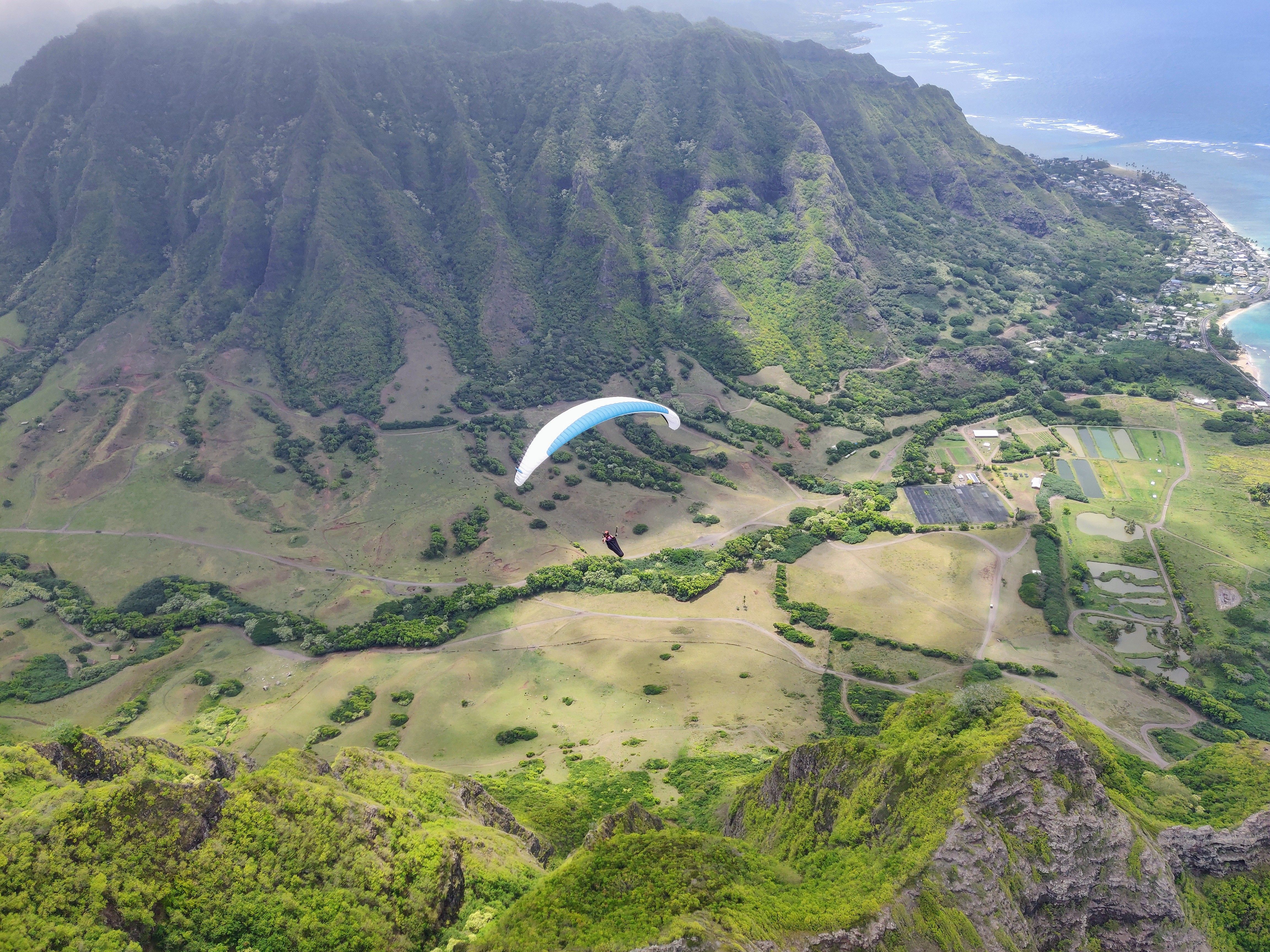 We visited the botanical garden on the next day where you can swim in a waterfall. After that we met up with Rob, a smart, funny and witty Hawaiian we met in the Galapagos after we chased his ever jumping whatsapp location all along the volcanic rocky coastline. We ended the day with enjoying some sea turtles on display on the Laniakea beach. 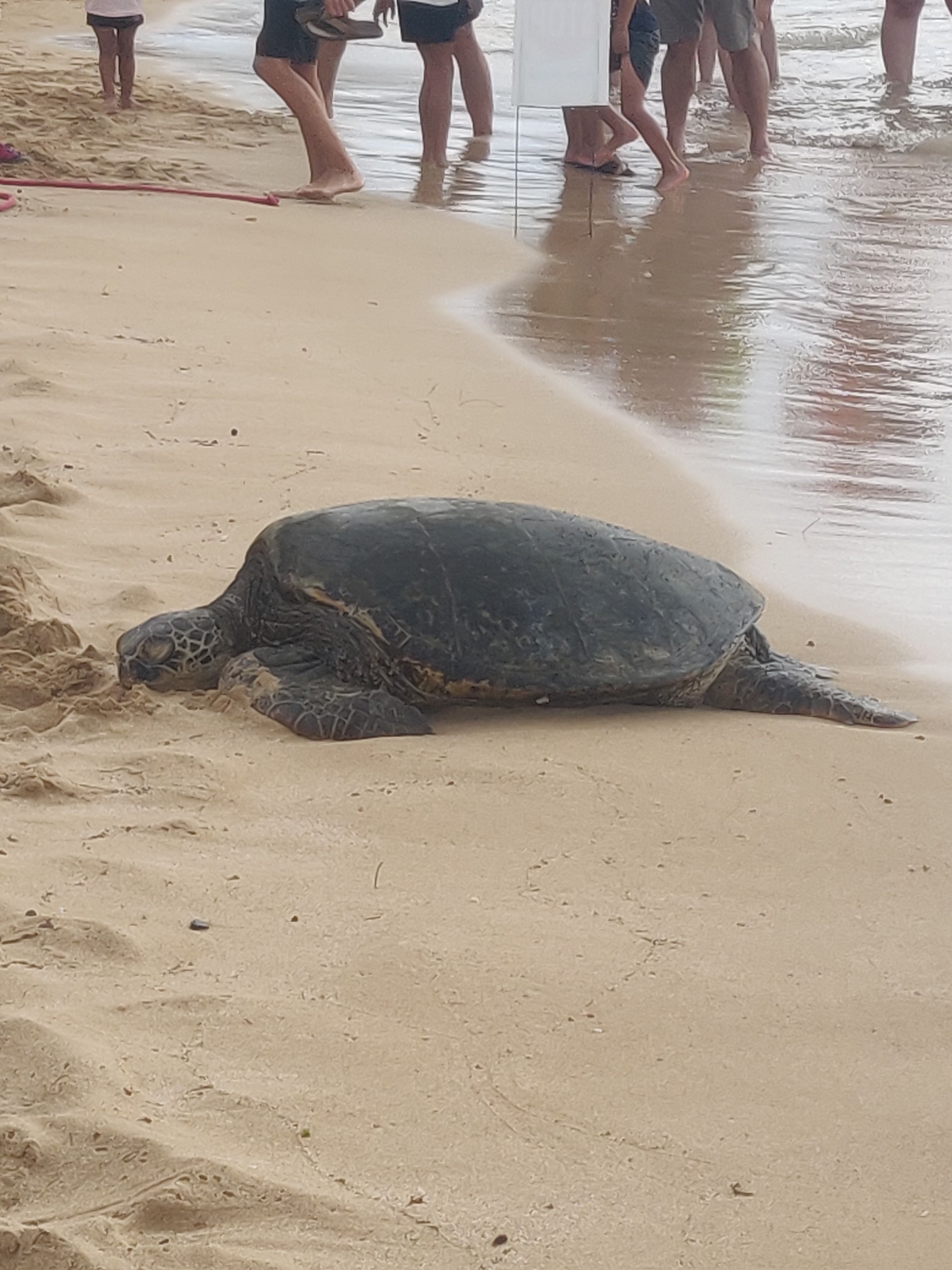 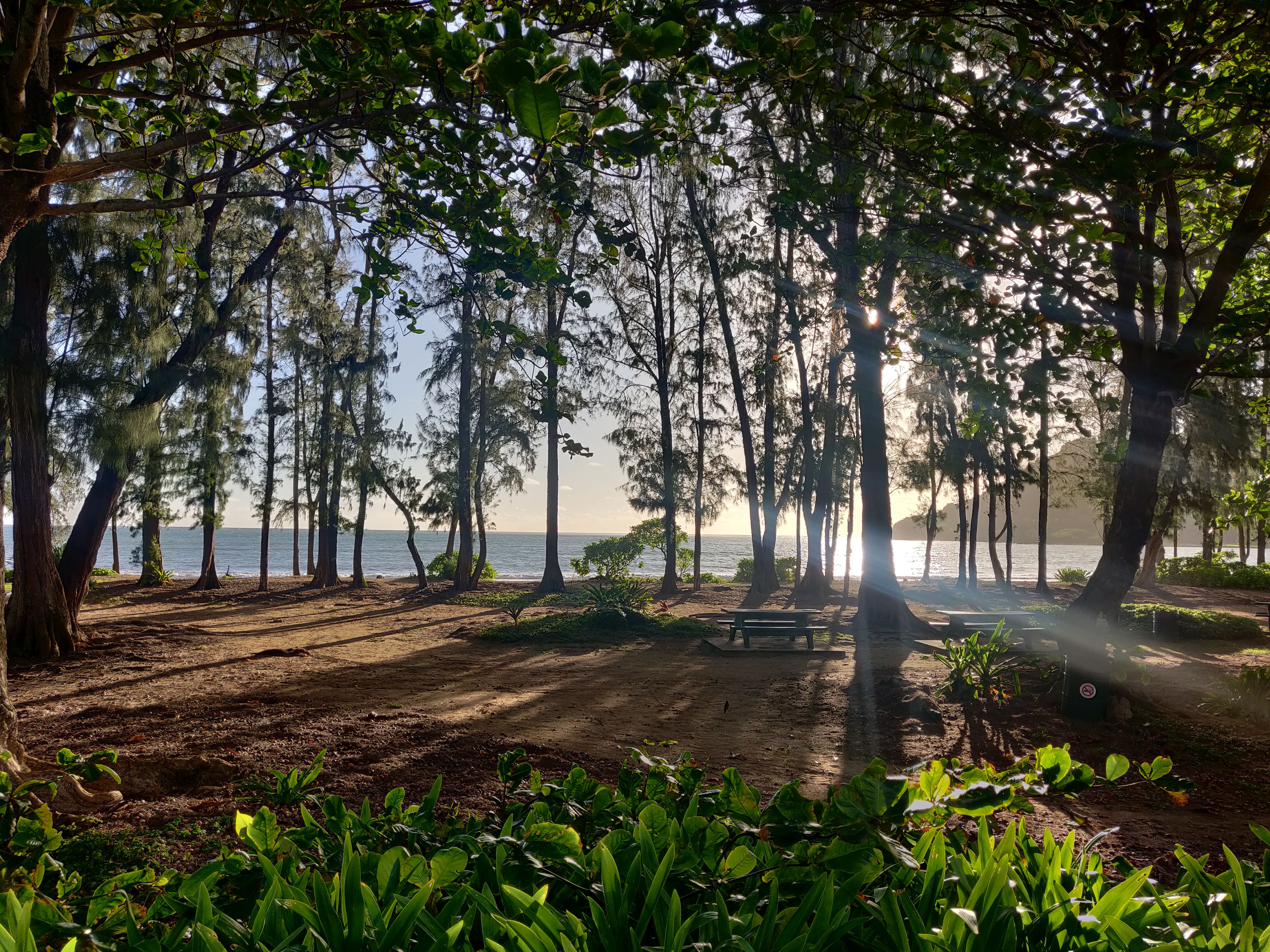 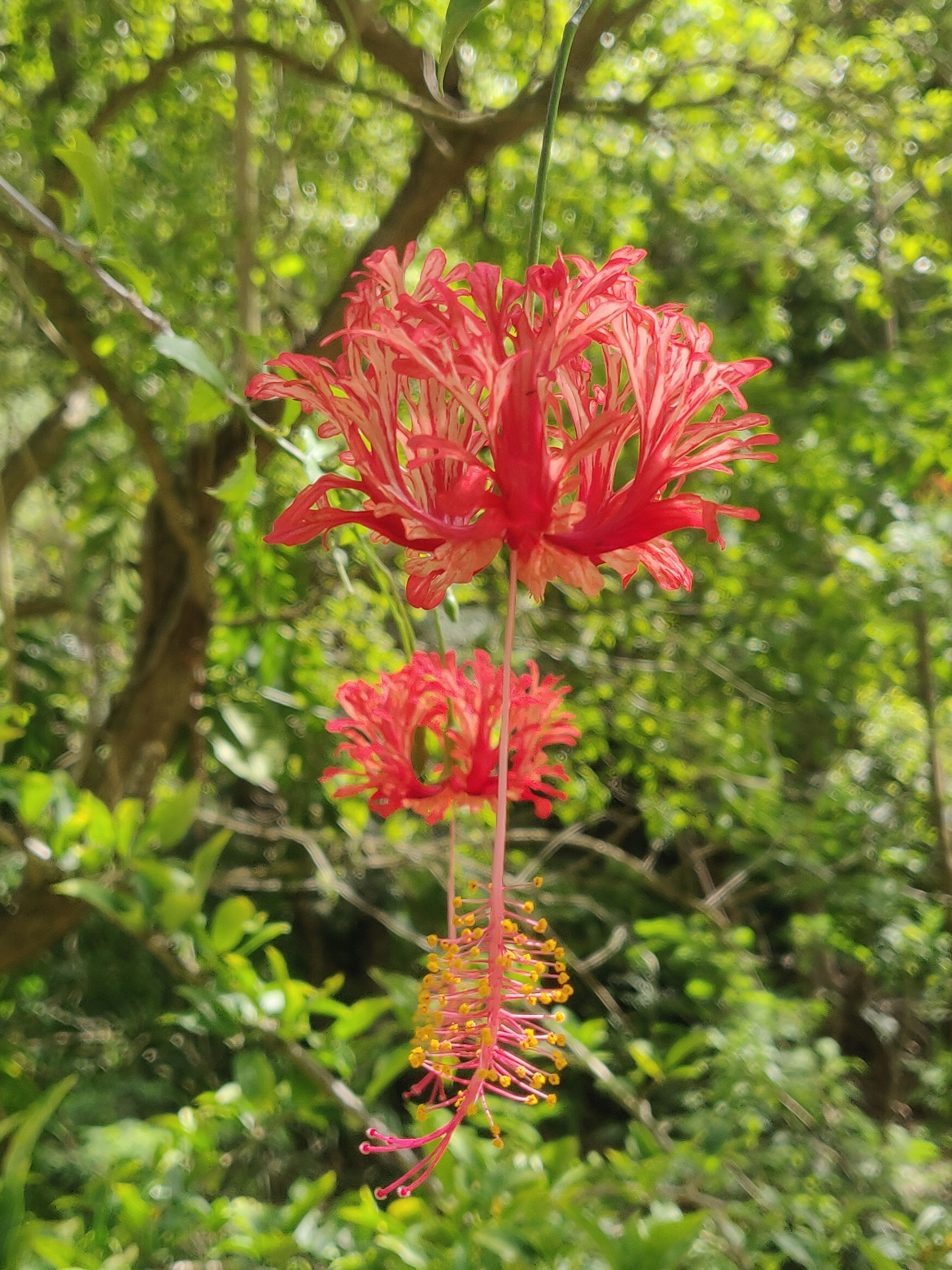 The next day, we mostly prepped our paragliding return using sendmybag.com a nice service that specializes on sending stuff home while avoiding customs re-taxation. Yes, that took a while on the slow McDonalds Wifi but it paid out since the next day, we handed the package to our earlier hostel and the DHL guy picked it up a day later. Success! For about 200$ and 6-8 hours of preparation and a few trips to Walmart and other stores. 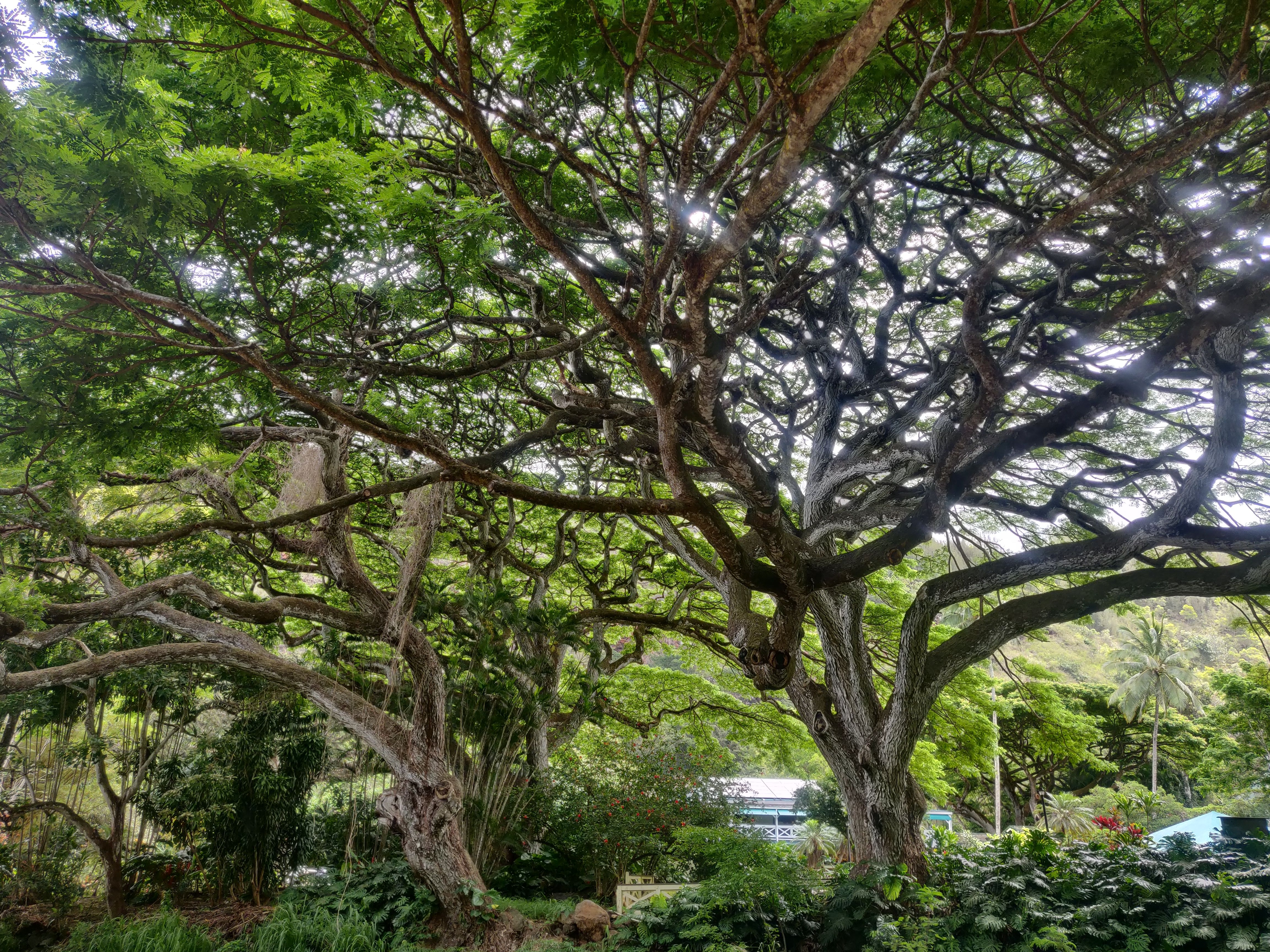 That same day we got notice that the main road flooded right next, south of our camping. So getting southwards became 1.5 hours longer but we had a policeman guarding the collapsed bridge 24/7 so we could park our car next to him for free surveillance, hurray.. I guess.

On 18. July, NCSI was rolling a movie scene at the north shore with car chases etc. so parking cars was forbidden. After the filming wrapped up, police was looking for a naked lady throwing stones at people. Sadly we were't there to witness but Leslie gave us all the juicy details.

We also went to other beaches and towns like Lanika bay where we had our hottest Ramen ever or Haleiwa where we ate a delicious Merlin and saw & snorkelled with a Manta half a meter away or Ka'Ena where we saw a seal poking his head out every three seconds in search for a suitable mate at the beach.

But in general, we were just a bit sad we couldn't fly more and a bit annoyed by all the traffic jams but we know we were part of the problem, so I won't complain. 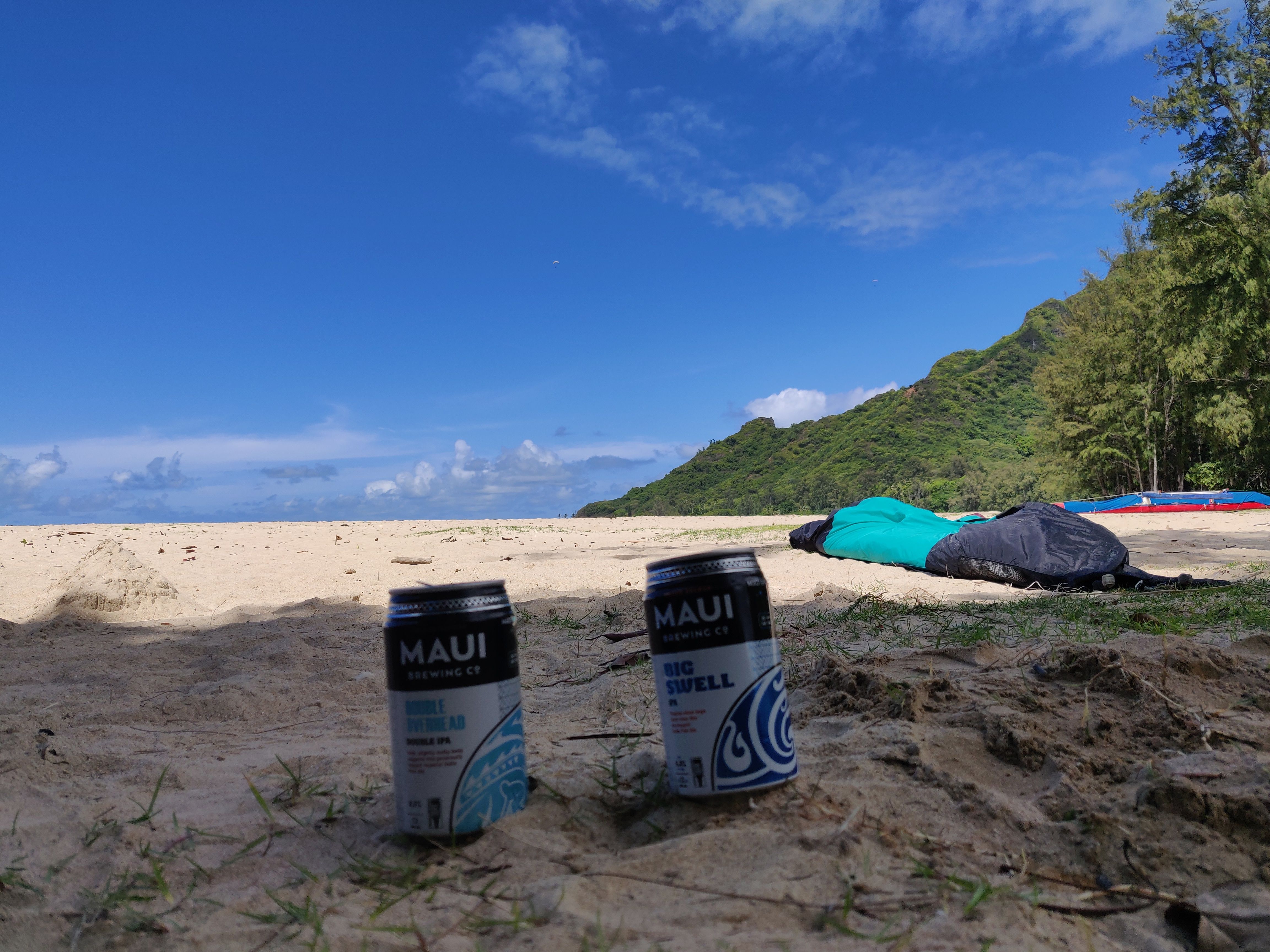 Friday "fun" fact: As an avid reader of this blog you by now knowy we spend a ridiculous amout of time on airports, so: We already experienced it three times, so it can be considered strategy: Airlines started seating us apart, like 64B and 36C but then charging for reseating at online check-in. A nasty new low to bump prices but I hear, the FAA is already on it.